Holi – Hiranyakashyap was the Daiya King was blessed with a son named Praladh who turned out to be Lord Vishnu’s devotee. Hiranyakashyap (demon King ) considered Devas and specially Vishnu his enemy . The demon king tried all means to kill his son . As the story goes the demon kings sister Holika was blessed not to be harmed by fire . So she proposed to sit with Praladh inside the fire so that Praladh is killed and she come out of fire after Praladh is burned . But the reverse happened and Praladh came

Alive and Holika died . We celebrate Holika Dahan every to celebrate victory of Right over wrong.

Second message from the festival of Holi is to do right . As the story goes further praladh continued to worship Lord Vishnu and mentions that every thing and everywhere is Vishnu . Vishnu ( God) will do all right . Hiranyakashyap was given a boon where he can’t be killed by a human being not an animal , he cannot be killed inside the house or even outside the house . He cannot be killed during the day or even during the night . Nor can any ammunition kill him . When the father Horanyakashap asked son praladh about the existence of God in the pillar . Praladh agreed . With a punch he crashed the pillar . And came out Lord Narashing ( Vishnu avatar) who was half man and half Lion . He pulled Demon King Hiranyakashap and took him on his lap on a window (which is not inside the house nor outside the house ). It about sun set time ,so it was not day nor night . He killed the demon king with his claws . The story signifies the victim right over wrong by doing Right

Third message from the festival of Holi is about Equality for all – When everyone play Holi with colour and get same color face . Everyone looks same. The idea is to look same and equal for all .

Fourth Message is about Relationship of Faith matters. If you trust and have faith in something it will happen . The best example of faith is in the story of Praladh . He had full faith in his Lord after all odds .

Fifth message of the festival is to Love all

Playing with colours and sharing sweets with even Unknown is all about love . Songs and the feeling of oneness significance love for all.

Sixth message of the festival is to forgive all . When we play Holi and forcefully put colours on someone . The idea is to shower love and forgive everyone even the enemies .

Seventh reason is Cleansing all . After Holi we we clean the house , place and our body . We even give away the old cloths . Significance is unless we clean and create space for new the new will not come.

When it comes to derive learning from the festival of Holi in wealth management . We can connect with all the above points for investments also .

1. Do right by investing for yourself for your golden days – Retirement

2. There will be victory of right over wrong and for a disciplined investor will reach his desired goals.

3. Equality . We should give equal emphasis on all important goals and not ignore some . Second we should have Asset Allocation . Equal importance to all asset class Equity ,Debt , Gold, Property and self ( investing on self is like investing on human asset)

4. If you have faith you will reach the desired goal in life

5. Love all . If the love is high your attitude to save for the loved one will be high.

6. Forgive yourself or any action which proves to be incorrect . There are some decision we make may be wrong . But life should go on and move forward . There is a new possibility for sure .

7. Cleansing – from time to time eliminate the non performing asset and ReBalance the assets allocation . Taking right advice from your Volatility coach is very important for regular review.

8. Last but not the least is togetherness . We all live in a society where we all are dependent on each other . It’s not an island where you are alone . Do only the activity you are best at and rest get it done by an expert . Togetherness will ensure better return and better movement in life .

With lots of colours in life best of the things color your life . 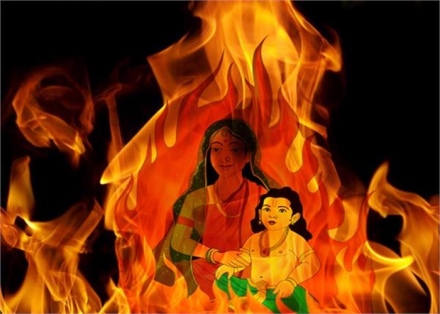